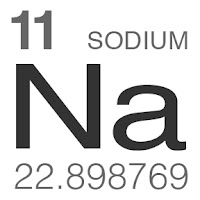 Now you’re a little smarter, Girlfriend — And so am I.
Posted by Get Smart Girlfriend at 9:02 PM

Email ThisBlogThis!Share to TwitterShare to FacebookShare to Pinterest
Labels: Chemistry